After traveling close to 7000 miles from San Francisco to London to Copenhagen, I have arrived in this beautiful city to wonderful weather. My hotel, the Kong Arthur, is old but very pleasant with good WiFi, so I thought that I would try to do this initial blog entry while waiting for "cozy  hour," the hotel's version of "happy hour." I am hoping that some of my fellow cyclists also arrived a day early and that we can meet up in the hotel. There are about half a dozen people on this tour that I have ridden with previously (in Chile).

Copenhagen calls itself the most bicycle friendly city in the world, and after just a few hours here, I can see why. There are good bike lanes along most roads, and there are cyclists everywhere. Very few wear helmets. People leave their bicycles everywhere, with no more protection than a simple lock to immobilize the rear wheel. Naturally, with all of these cyclists, there are bike shops everywhere. 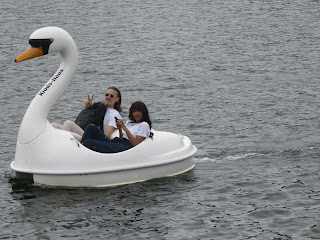 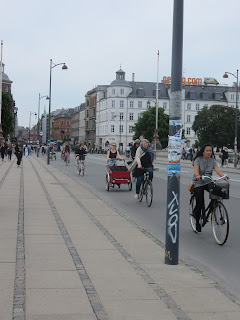 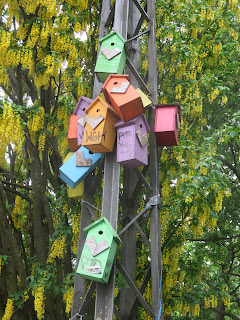 These three photos were all taken across the street from my hotel during my first brief walk-around. Tomorrow I will have lots of free time to explore Copenhagen (I have only been here once before, and that was only for one night) before we meet up at 2pm to officially start our cycling tour.  Tomorrow's ride is a loop tour of the city. It will only be 5.8 miles, but should provide lots of opportunities for picture taking.

Speaking of picture taking -- I decided to travel light this year and brought only my small Canon Power Shot camera, leaving the big DSLR at home. And there is always the iPhone which gets some very good shots, especially for panoramas. Here are a couple of iPhone pictures taken out the plane window as we approached London early this morning. 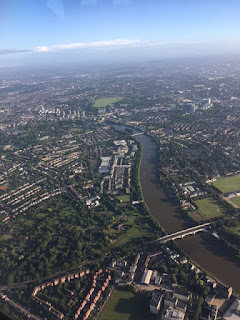