It is all over now except for packing the suitcase and flying home. But first, a photo from Potsdam which did not get included in the blog two days ago -- This is Warwick holding up the platter of sushi for two which he and I shared in an excellent Asian restaurant near our hotel. 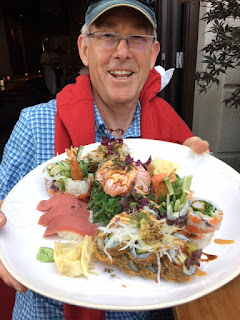 We had our farewell dinner last evening, but the tour wasn't officially over since we had a 2 1/2 hour guided tour of the Berlin Wall.  This was a very different tour than the one Kathleen and I took a few years ago of the area around the Brandenburg Gate in which references to the Wall were only coincidental. This tour started at the checkpoint where the Wall first "fell" as crowds pressed through. The tour then progressed through the former "no man's land," the area between the outer wall and the second, inner, wall. Our guide was extremely knowledgeable, and the tour was very informative.

We saw lots of graffiti, as well as one section of the inner wall where painting is officially permitted and is quite popular. 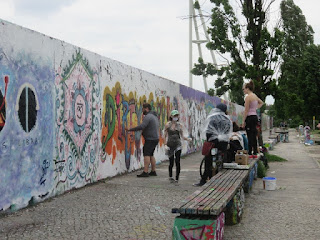 After this walking tour, our merry band began to go our separate ways. I was fortunate to have my son Douglas join me for the afternoon, and we did some sightseeing and window shopping on the famed Kurfurstendamm (the "Champs Elysees of Berlin"). We visited the Church of the Reconciliation, stopped for coffee, and returned to the hotel. The two of us then had a light supper before Doug headed back to Cottbus. It was a perfect way to end two great weeks in Denmark and Germany. 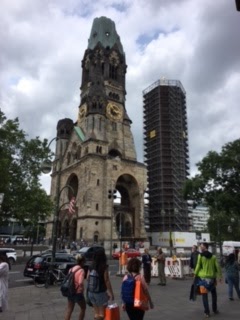 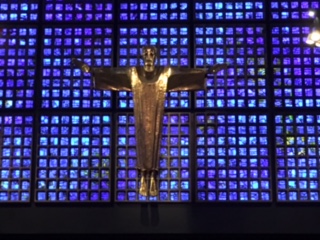