Careful students of the subject will have caught errors in my description of the Spanish hams. Serrano ham comes from "regular" pigs; the Iberian pigs that we saw are the source of the more highly prized "jamon iberica." Always more expensive than serrano ham, it is regarded by many as superior, although some consider it too "gamy."
With that correction out of the way, we can turn to today's plan. Although there is an optional bike ride through the hills around the city, it is a very hilly ride (first half), and the temperatures will be in the low nineties. (The ride, if anyone goes, won't be until after our tour of the Mezquita. Given the many things to see and do in Cordoba, I think I will pass on the riding.

We are here at a special time -- the opening of the patios. Many of the private homes here have elaborate inner courtyards or patios which can only be glimpsed from the street. During this week or ten days, many of them are open to the public.

We had last night's dinner on the roof of the restaurant shown below. Far too much to eat, as always, and all was delicious. We  left the restaurant shortly after 10, before the Spanish dinner hour was really under way! 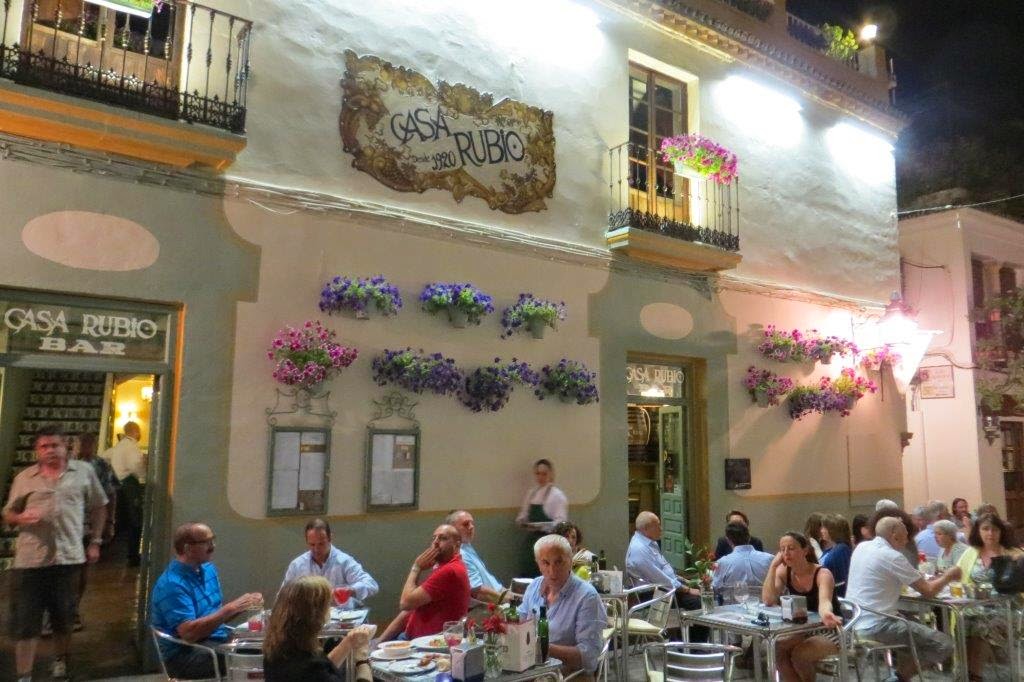