Cordoba to Zuheros -- the hills of Andalucia

There are nearly 200 million olive trees in Spain. I though that I had seen all but a dozen or so today, but it turns out that there will be even more tomorrow. This is the heart of the olive growing region in Spain, the world's largest producer of olive oil. 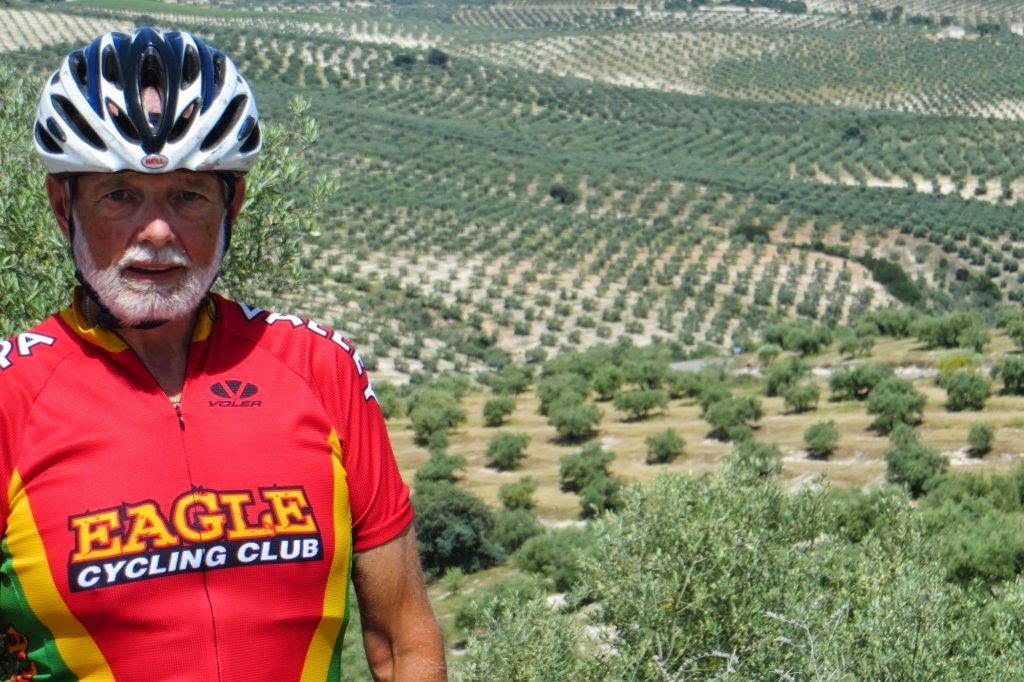 To start at the end, tonight we are staying in a delightful place outside the town of Zuheros that has been converted from an old olive mill. We will have an olive oil tasting this evening.

Zuheros is a center of olive oil production, and has its own "determination of origin" meaning that all of the olive oil coming from the area must meet specific and rigorous requirements for both cultivation of the olive and its processing

Because the only feasible bike route out of Cordoba is in very bad shape, we shuttled out the first 20 kilometers or so, before getting on the bikes. The first 30 kilometers, in the cool of the morning, was quite flat. The wheat and barley fields gradually gave way to olive groves until we could see nothing but olive trees. From the town where we started, it was a full 30 km to the next town, with only a half dozen farm buildings in between.

The next 30 kilometers was the same, except that it was almost all uphill, and the temperature had climbed into the nineties. And, of course, there was no shade. I drank lots and lots of water.

We hit a small town and a lunch stop about a mile from this evening's destination. There are seven cyclists on this trip (plus two guides). Except for Charlie, who had ridden ahead, the rest of us stopped with Phillip for a long leisurely outdoor lunch. We were under a roof, so we cooled off nicely. Most of us ordered "the menu," with a choice of one of four first courses and one of four main plates, plus dessert and beverage. I started with a refreshingly cool seafood salad, followed by a grilled pork chop (excellent), with ice cream for dessert. Including an extra diet coke, the bill was less than 10 Euros!
Posted by Guy at 5:37 PM