Saturday, morning, sitting on the pavement by last night's restaurant, where I can access the WiFi :)


It is five o’clock on Friday afternoon in Úbeda, and I am unable to post this to my blog immediately because I am having trouble connecting the laptop to the internet. I am puzzled about this, since the phone connects perfectly. It turns out that others are having the same problem – some devices connect and others won’t. 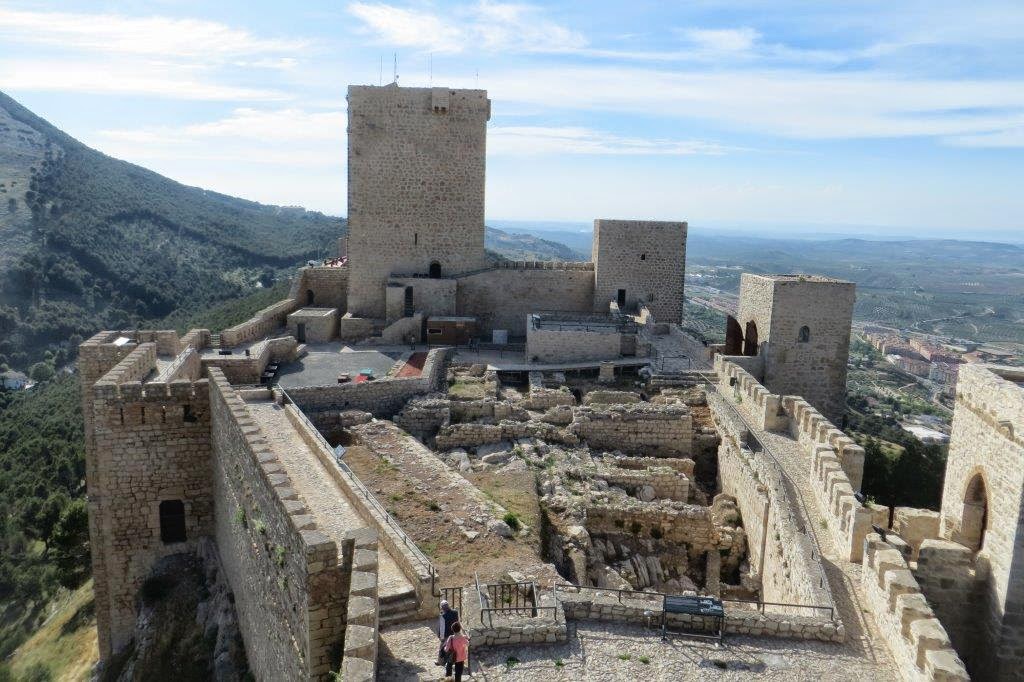 After posting yesterday’s entry, I took a tour of the ancient castle located at the end of our Parador. I only had thirty minutes for this very interesting self-guided tour, because Phillipp had scheduled a “sherry tasting” for our group. Actually, the wines presented were not Sherries, but “Montillas,” another type of fortified wine from Spain. Phillipp did the presentation, and was a fountain of information – as he is on just about every subject that comes up on our tours (All seven of us have been with Phillipp on the Camino de Sanitago, as well as this tour). 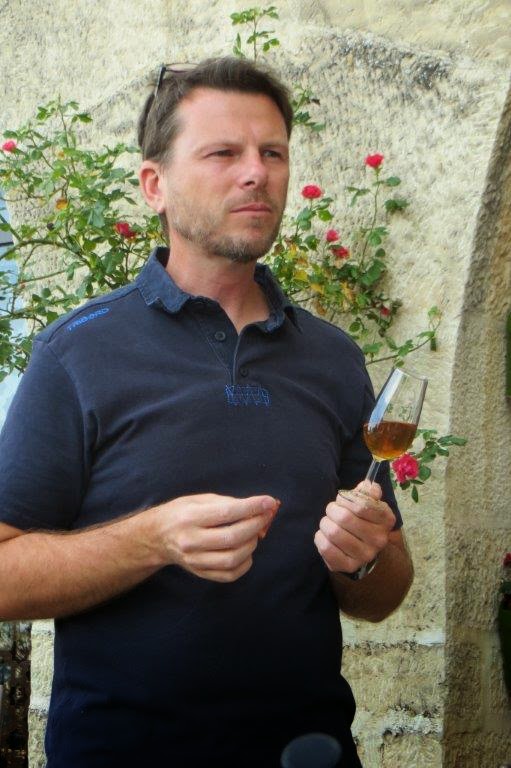 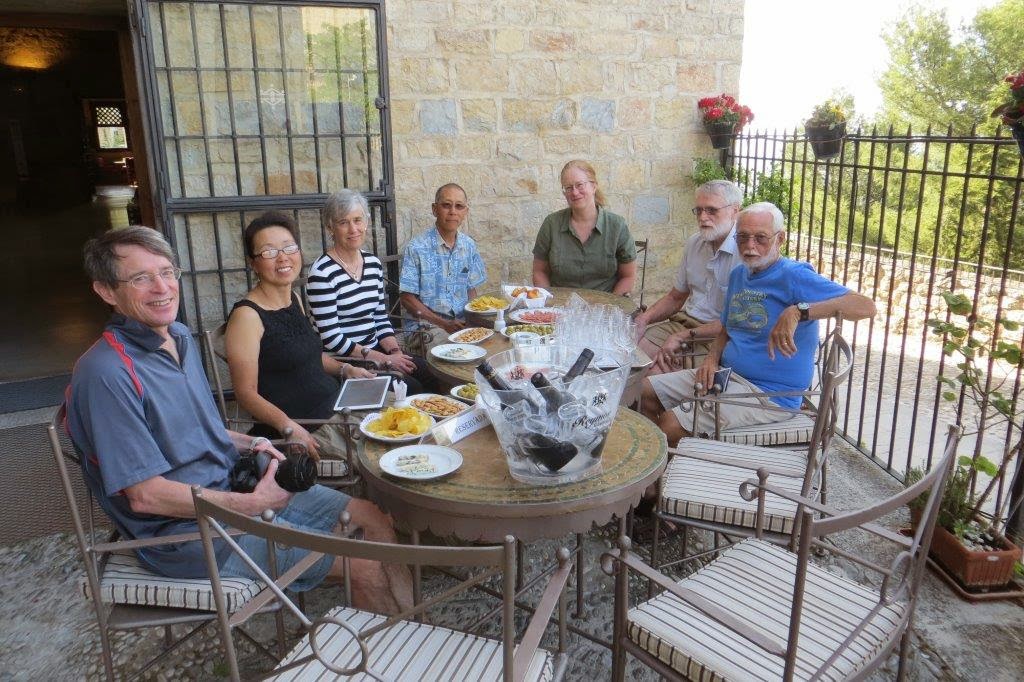 Following this, we adjourned to dinner in the dining room of the Parador. The first course was ajo blanco, the white garlic soup that we had tried previously. Having had an olive tasting a few days ago, we applied our expertise to judging the two olive oils on the table to accompany the bread.
The next course was a choice of confit of duck (which I had, and which was excellent), and a presentation of cod.  Dessert was a flan, with an accompaniment of lemon ice – an unusual pairing, but it worked well. This morning, we had breakfast in the Parador and were on the road by 9:30. The first part of the trip was the steep downhill that was yesterday’s final climb. (Look back in the photo taken from outside the city, and you can see what that climb was really like.) Then we had to negotiate rush hour traffic in Jaen which was not the most pleasant riding, but not difficult. Then we had the first of two long climbs today. The payoff was worth it, with an easy descent that went on for miles and miles through the olive groves with nary a car to be seen. Finally, another climb up to our destination, the monumental city of Úbeda. Toward the end, we had some rough road, followed by cobblestone paving in the town. After dropping off my bike at the hotel, I headed off for lunch with Manfred and had a deliciously cold gazpacho, followed by grilled tuna topped with some grilled sweet onions.

We are on our own until dinner this evening. We will be in Úbeda two days, with tomorrow being a rest day. We have some scheduled sightseeing, including a visit to the workshop of a celebrated ceramic artist, and a stop at the “Sinagoga de aguas,” the site of what could be an ancient Jewish synagogue and its ritual bath (“mikvah”). After that, we will be on our own.

Friday night’s dinner was elaborate and excellent. As usual, we opened the restaurant at 8:30 pm. First, were the platters of finger food to be shared. I can’t remember all, but they included a sheep’s cheese, salsichon (a cured dried salami-type sausage), chorizo, and Iberian ham. Then came a pate of sea scorpion accompanied by a creamy sauce of sea urchin roe, followed by some delicious grilled white and green asaparagus. There were four options for the main course: baked hake, seared tuna, entrecote, or “caudillo” (pork elbow). Manfred and I had the tuna (for the second time in one day). Unfortunately, it was way too salty for our taste. I tasted Phillipp’s caudillo, and it was excellent. Dessert was a small piece of flan accompanied by a wonderful raspberry sherbert (that unusual pairing, again.)


Breakfast was supposed to start at 7:30. I was the first one down, and they weren’t really ready until about 8. Although I wasn’t very hungry, I enjoyed the attentive service and took my time. No need to worry about getting ready for a day of cycling. 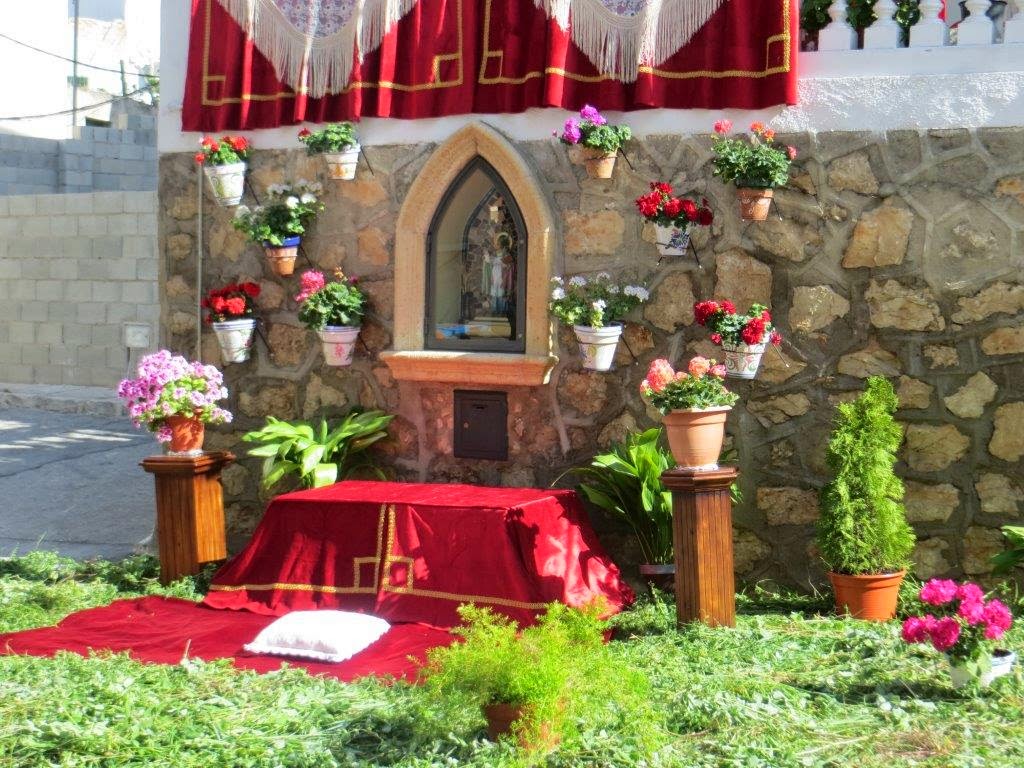 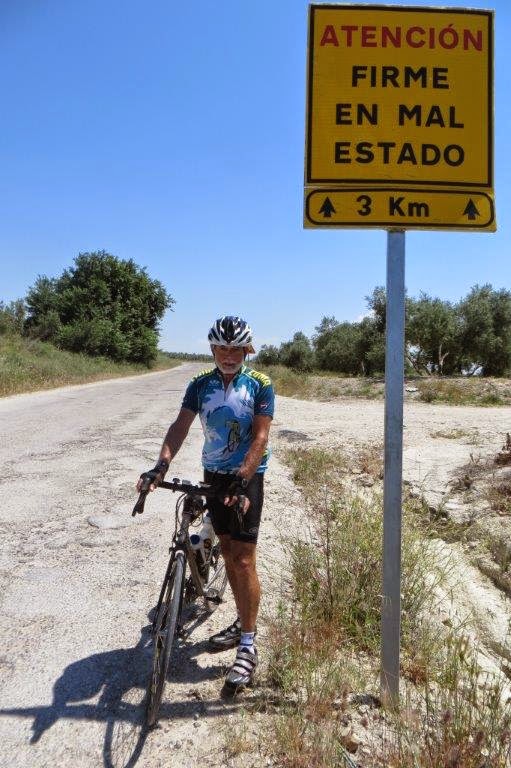