Today was a relaxing visit to the UNESCO sites of Renaissance Architecture of Úbeda. We started with a group visit to the “sinagoga del agua,” mentioned briefly in the previous post. It consists of the remains of what is believed to have been an ancient Jewish Synagogue. Several remains of the ancient synagogue have been discovered, such as the entrance door, some stone works, and other religious symbols, and, most importantly, seven interconnected wells and the ritual bath. 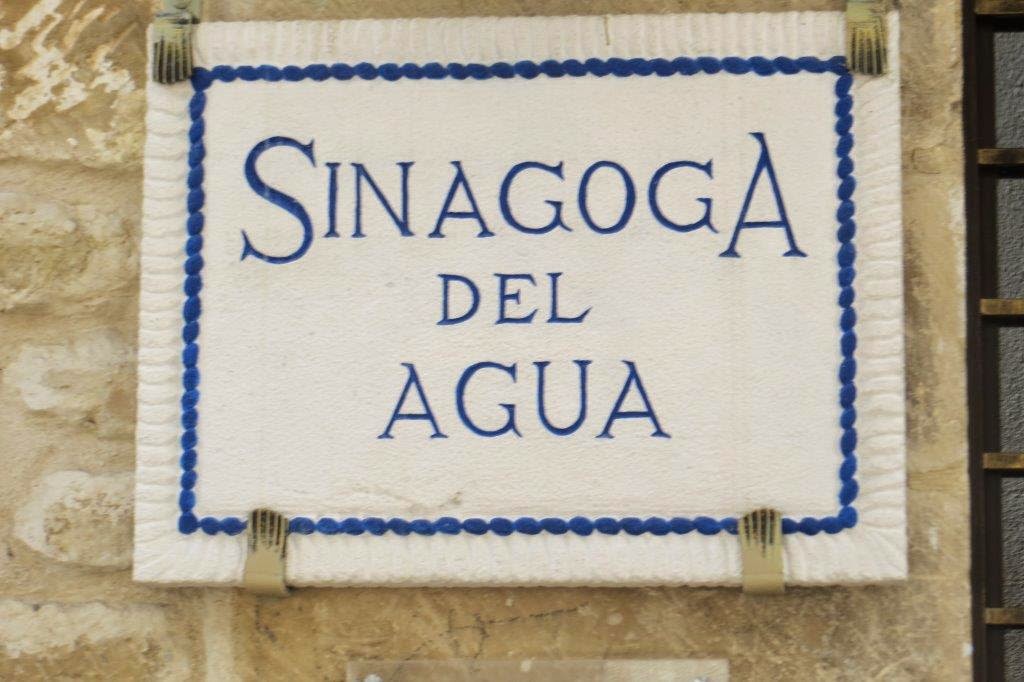 Next was a fascinating visit to the workshops of a famous ceramicist/artist ,”Tito,” (Juan Martinez Villacañas). The artist himself, an extremely personable man, conducted the first part of the visit. (Rick did the translating.) Then his son, who is following the family tradition, did some demonstrations of producing various objects on the wheel, before taking us through the remaining parts of the workshop. A huge variety of handmade ceramic objects are on display, available for purchase (except for the antique, museum quality, of which there are many.) 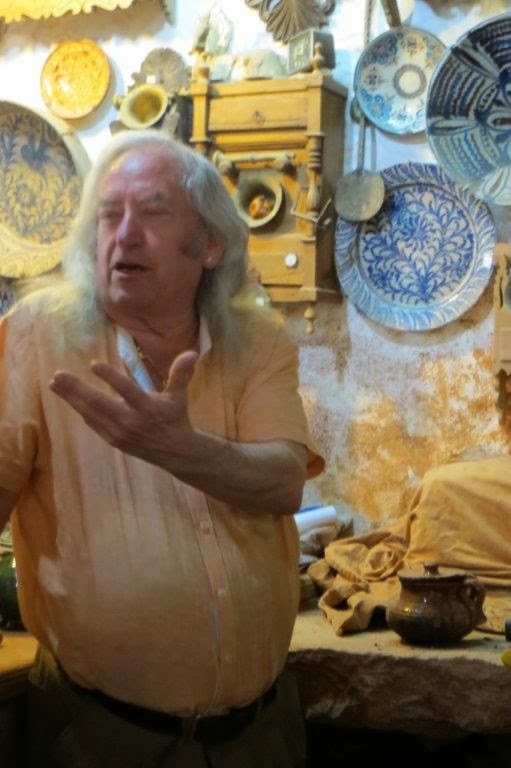 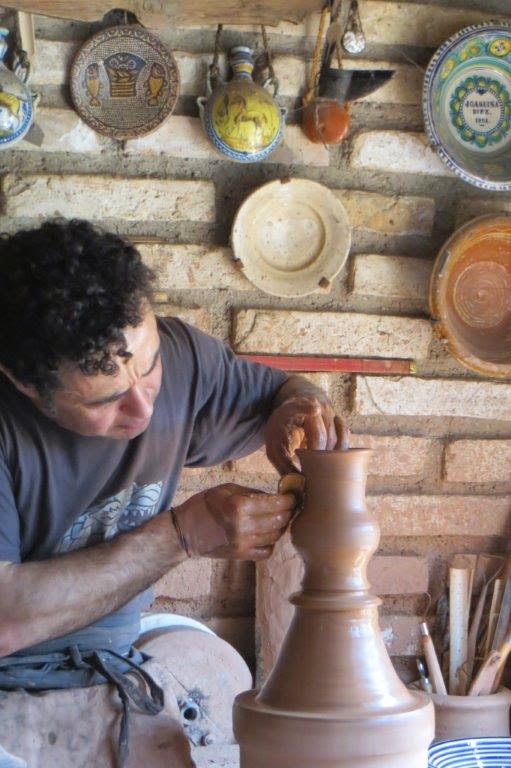 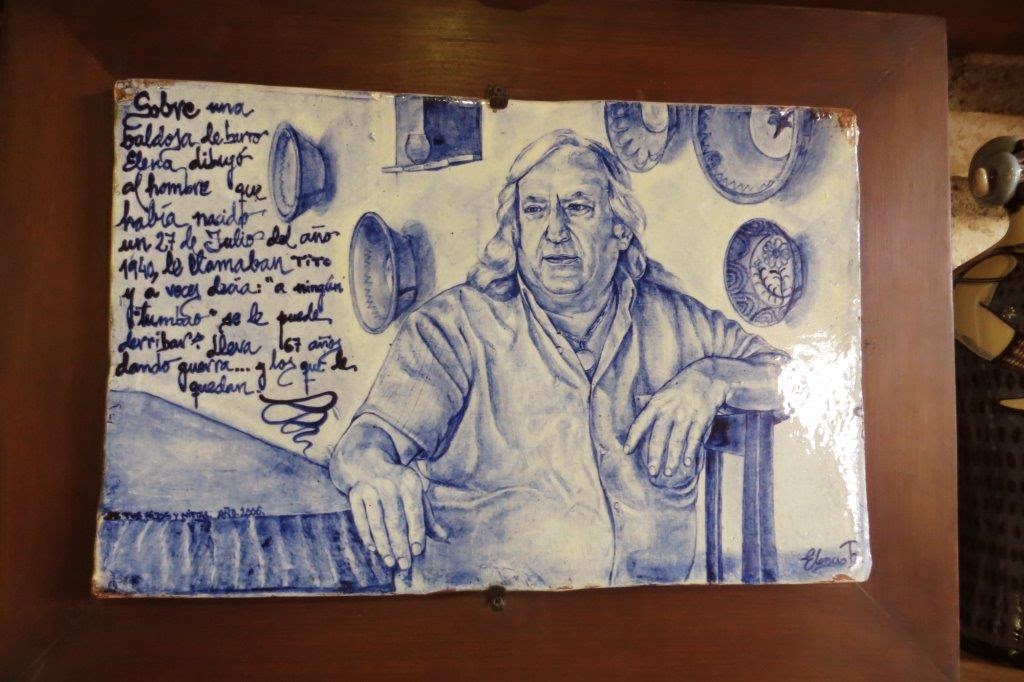 A particularly unique piece was the “birthing stool,” once commonly used and now making a comeback with the vogue of natural birth methods. We were on our own for the rest of the day. This weekend, Úbeda is celebrating “the crosses of May,” a fiesta which was celebrated throughout most of Spain, last Monday, but which is being celebrated here for three days this weekend. It is a particularly quiet fiesta, but there are eight different sites around town where local parishes/neighborhoods have erected crosses (mostly made of flowers) and set up booths where food, beer and other beverages are sold. (When I woke at two this morning and looked out the window, the fiesta immediately below was still in full swing, but very quiet.) 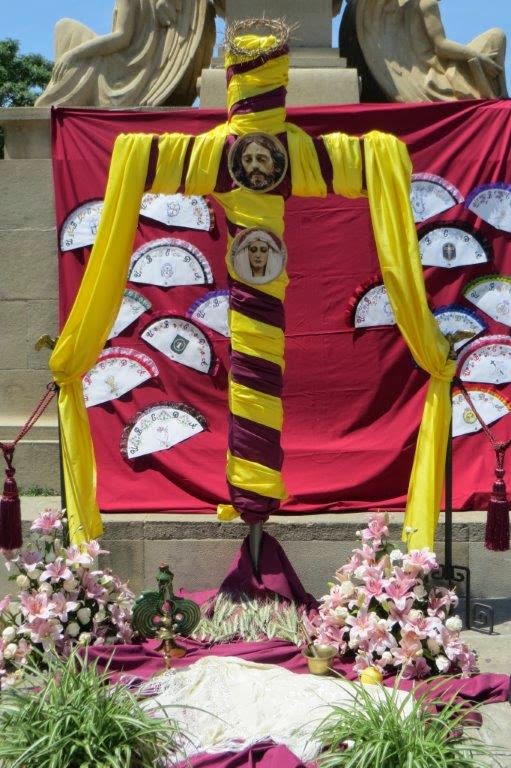 Speaking of fiestas, the lobby of our hotel has been taken over today for the celebration of the first communion of “Pedro.” It is as elaborate as a wedding reception back home. 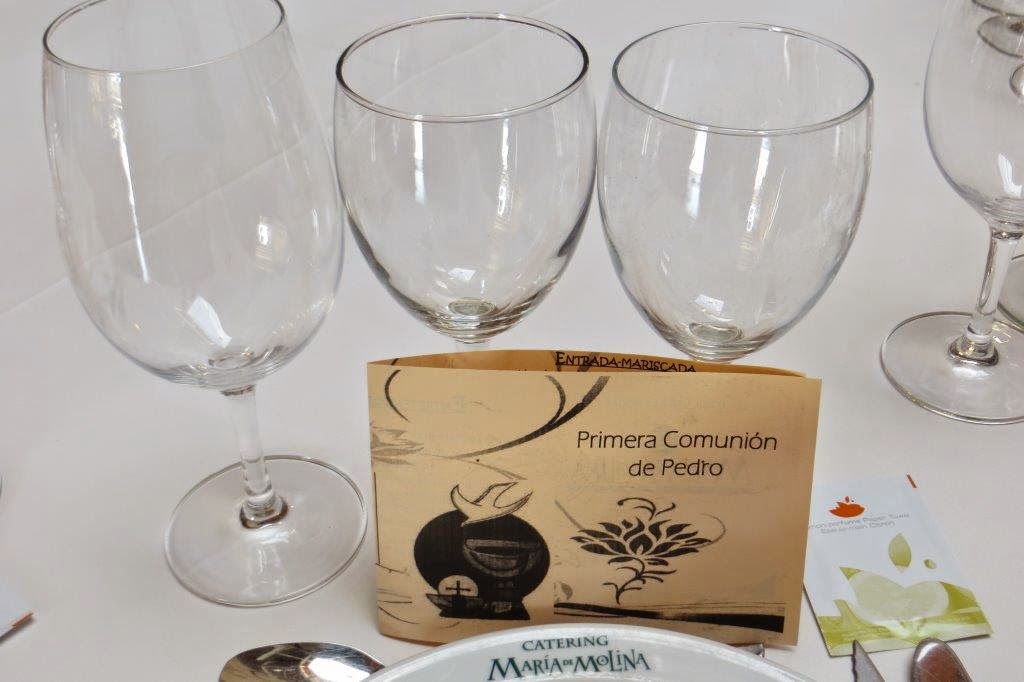 Which reminds me of a sign that a saw yesterday.  Strung across the main street of a small village that we cycled through was a banner which read, “Por fin, la boda de Alfonzo y Alfonza.”  This morning, I verified the accuracy of my translation – the sign said “Finally, the wedding of Alfonzo and Alfonza.”  Apparently, they took a very long time deciding to tie the knot! Felicitaciones!

For lunch today, I stopped in one of the many cafes in town and decided to order from the “menu del dia.” Feeling brave, I ordered as my first course “Andrajos” Úbeda style, even though I had no idea what it was, except that the menu said it was a typical dish of the region. It was a seafood based broth with lots of vegetables, and a main ingredient that I couldn’t place, except that it seemed bread-like. It turns out that is exactly what it was – bread dough cooked in the broth. It was quite flavorful.

The second course was “albondigas” (meatballs), probably of veal, with a Roquefort based sauce and some very good potatoes. I topped it all off with more “natillas,” this time an orange flavored version of this custard dish. 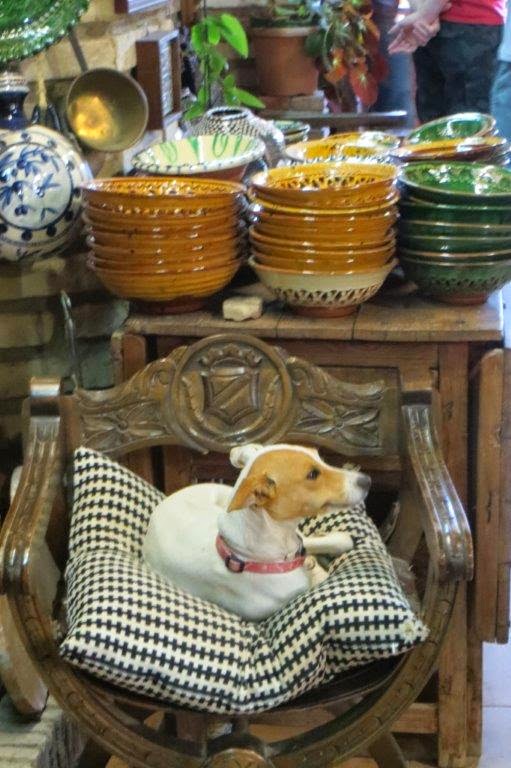 After lunch, I walked around the small center of the ancient city, and then returned to the hotel to take a short siesta, getting away from the evening heat. We will have a group meeting this evening, to discuss tomorrow’s ride, and then be on our own for dinner.
Posted by Guy at 6:28 PM