Saturday night’s dinner was special – a reminder of one of the reasons that I love these ExperiencePlus bicycle tours. One could never find this restaurant on one’s own, and even if you happened to chance upon it, you wouldn't get the experience of a pre-planned multi-course dinner. You wouldn't even recognize the establishment – an abecedaria – as a restaurant, from the outside. Peering through the doorway, you would think that it was a small establishment that sold bread and a few other odds and ends.

But inside, everything changed. Ramon, the owner took us through all three floors of the establishment, the 127th oldest building in Seville. Despite all the historic preservation constraints, he has built it into a restaurant with several small dining rooms on various floors. We were served course after course of family style offerings, including a salad featuring smoked salmon, goat cheese and a marvelous dressing; followed by a dish of cold (cooked) potatoes, covered with a creamy gazpacho type sauce and some cured meat. Next came some cold “loma” (pork) which, according to tradition had to be eaten without utensils lest the taste be spoiled. Then some shrimp and cheeks of hake cooked in oil and garlic. For entrees, we chose between meatballs from bull meat or a delicious stew of shark meat (I had the latter). Then came family style dessert platters with two types of flan and a cheese mouse with a sweet jam accompaniment

On Sunday morning we ate breakfast in the hotel and were on our bikes by 9 am, when it was still relatively cool. The first half of today's fifty mile ride was flat as a pancake, with mild headwinds and temperatures rising toward the 80 degree mark.

The second half was a steady, but easy, ascent through the foothills of the Sierra Norte Mountains past cork tree groves with bulls grazing under them. The cork trees are a member of the Oak family. There are also numerous acorn bearing oak trees in this region. Although I didn't see any, the Iberian pigs (source of Spain's famous "jamon serrao"  hams) feast almost exclusively on these acorns. 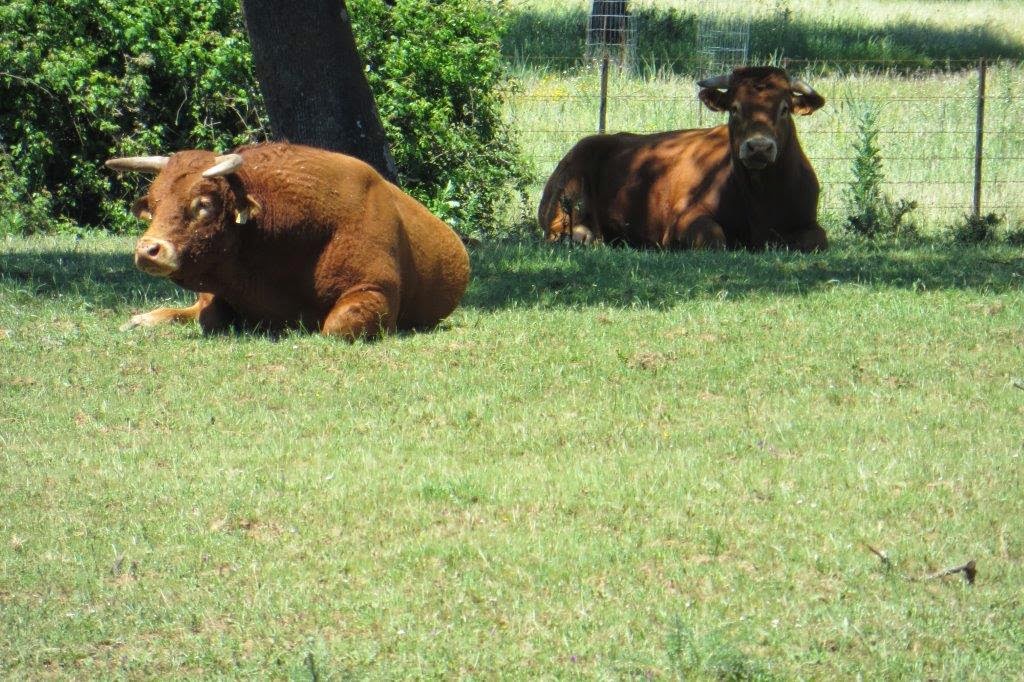 Our lodging tonight is in a very pleasant farm environment. The main building dates back to the 16th century when it was an ice plant, making and storing ice in the winter and then taking it to Seville in the summer. In the 18th century it became a slaughterhouse for the pigs. Our current host bought it in 2003 and spent until 2009 turning it into an inn (I am not sure of the exact designation, but it is similar to an "agroturismo"). There is a wonderful swimming pool which was a perfect way to terminate a day or riding in the sun. Although it is only the first day of real riding, I decided to take advantage of the warm sun and do a batch of laundry which is drying outside my room as I type this.

We will have dinner here tonight. Details tomorrow. 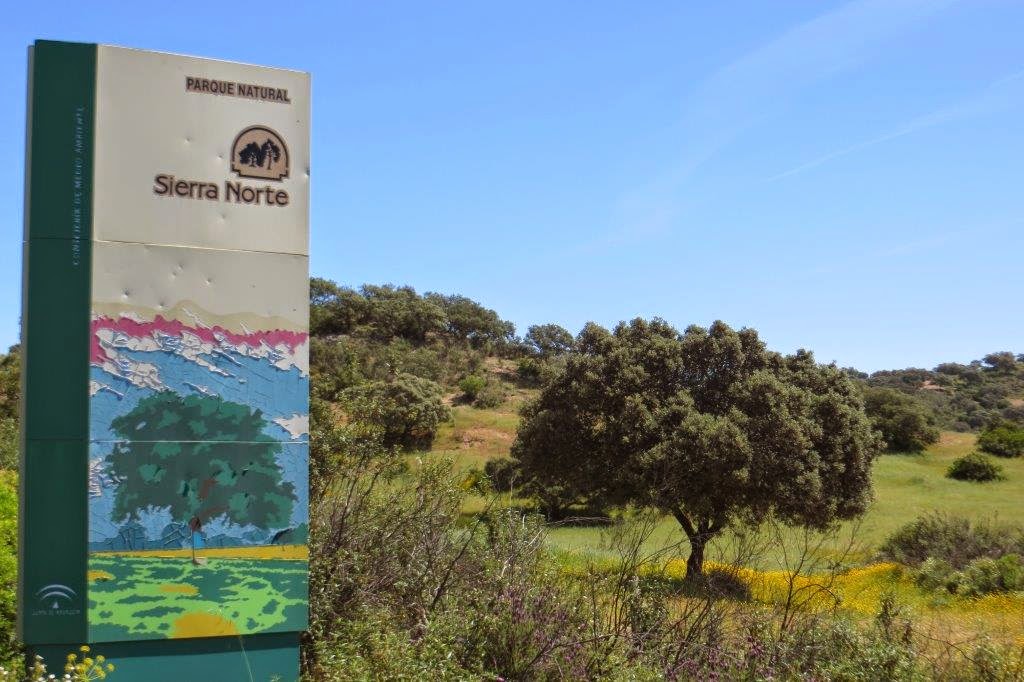