Constantina to Cordoba -- a cork and bull story 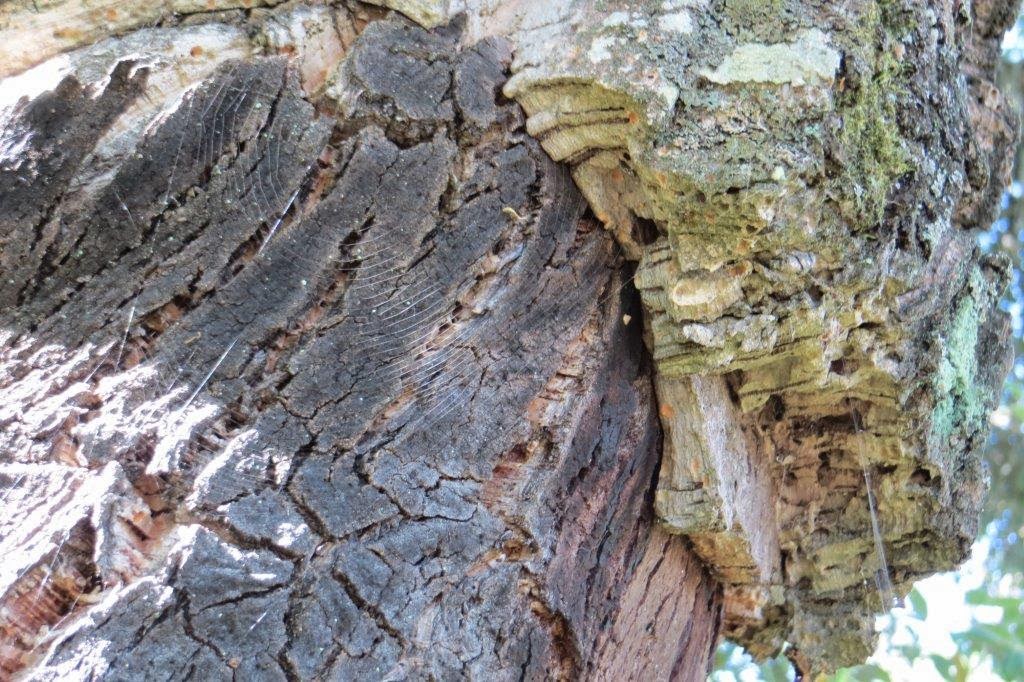 I couldn't resist the subtitle, as it ran through my mind constantly as we passed more "dehesas" (the ranches where the bulls are raised) and many more cork trees. I stopped to get a close up photo of one of the cork trees -- it is very interesting how the cork park can be stripped from the trunk of the tree (apparently without damaging the tree.) 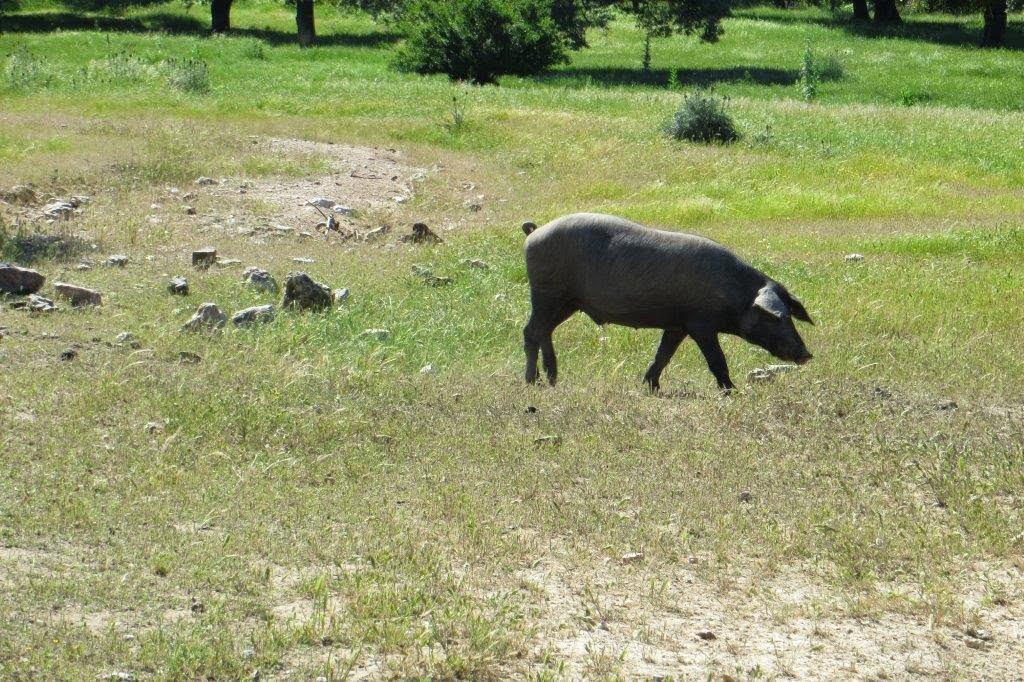 Today I also saw the Iberian pigs that I missed yesterday. They are bred and raised to encourage the long legs, which make for the large serrano hams, so famous in Spain. They forage for acorns in one spot, but their water source is often at some distance, forcing them to run and walk up to 20-25 kilometers a day. That's the way to develop great hams.

As we descended to lower elevations, the terrain gave way to large groves of orange trees, as well as some of olives. The orange harvest is in full swing, and I saw lots of workers picking and packing the oranges.

We stopped for lunch at about the halfway point, and Rick (one of our guides) helped me with the subtleties of the Spanish menu. I understood that "pollo" was chicken, but what were these other words? Oh, said Rick, that will be pieces of grilled chicken. So, I ordered that and a salad. The salad was as expected, but the chicken turned out to be a plate of gizzards in a flavorful sauce. I ate a few of the livers, but passed on the hearts. I really didn't need too much to eat with the hot ride ahead of us.

The remainder of the ride was pretty flat, through agricultural lands until we got close to Cordoba. Along the way we passed an old Moorish fort, which may be restored if they come up with the funding. It is visible from great distances because the land is so flat at that point. 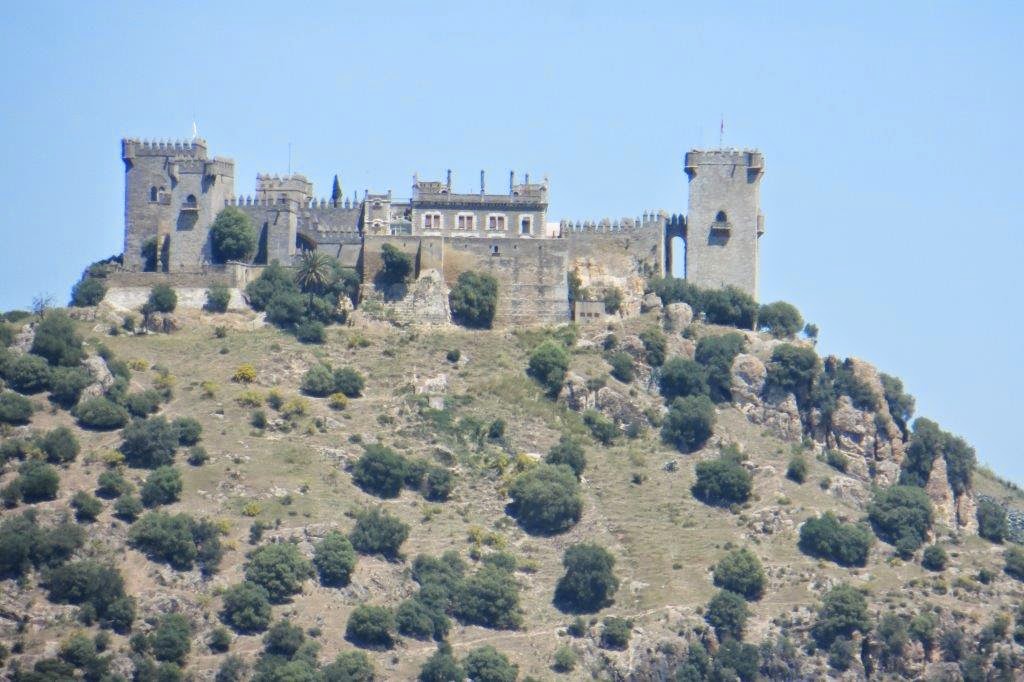 Our destination, Cordoba, is the site of the famous "Mezquita," originally a lavish and huge mosque, within which they built a cathedral of Gothic, Baroque and Plateresque elements. We will have a guided tour of the Mezquita tomorrow (a rest day from cycling). Since the building of the cathedral, the entire complex is under the control of the bishop. That has led to two current controversies. The first involves the Muslims who can visit their ancient mosque, but cannot worship here. The other is a  broadly held sentiment that the monument should belong to all of Spain, not just the Catholic Church.

Today's ride was 67 miles, with 3350 feet of climbing. Given the heat, the rest day tomorrow will be very welcome.