Today was a great and easy day of cycling, generally downhill. We had a good lunch (I chose the grilled chicken) at a restaurant in San Diego de los Baños, where we boarded the bus for the remainder of the trip to Pinar del Rio.

While Lisa checked us in to the hotel, we went to visit a workshop for Down’s Sydrome teens and adults. We watched a dance performance by several of the students, heard a short talk about the efforts of the workshop, and then danced with the students who were not bashful about pulling us to our feet to join in. We had great fun, and then spent some time looking at the artwork that several of the students had done. Several of us bought prints. 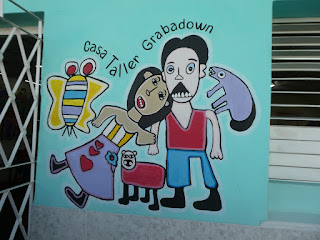 We checked into our hotel, which might be the nicest of the trip so far, except that my toilet won’t flush. I can’t take a shower because I am waiting for maintenance. Finally, I take a walk through the city and take some more photos. I return to the hotel and find that the toilet still has not been fixed. But Bill tells me that they had come to his room to fix his perfectly functioning toilet. So, back to the front desk where they dispatch maintenance once again. This time the maintenance man followed me to the room, checked the problem and set off to get repair parts. With that problem fixed, I tried to take a shower and discovered that I had no hot water. In fact, I never did get hot water in this hotel, even though Bill and Diane in the very next room had plenty of very hot water. 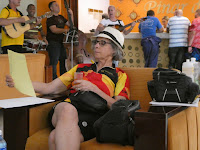 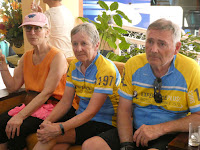 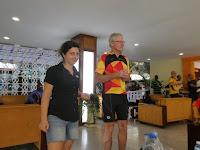 I tried to exchange money at the front desk, but they were all out of cash. They would have more tomorrow at 9:00 – well after we would have left the hotel. This was a problem I encountered more than once on this trip – the lesson is that when you are able to purchase CUCs, purchase more than you think you will need. Dinner was at the hotel tonight, and not particularly memorable. I revise my opinion and conclude that the best hotel of the trip was the one in Cienfuegos.

We depart the hotel by bus and travel to the picturesque town of Viñales. Our first stop is a large tobacco farm, where we have a delightful outdoor breakfast before starting our tour of the farm.  The tour was fascinating. First we went into shade tents where the choice cigar wrapper leaves are grown. We learned that they start picking the leaves from the bottom of the plant, taking only two or three at a time, and waiting a few more days before picking more. We saw the unshaded fields where the filler tobacco is grown, and then visited the drying barn. The culmination of the visit was watching the cigar roller demonstrate his craft. He then lit two cigars which we passed around and got a few interesting photos. 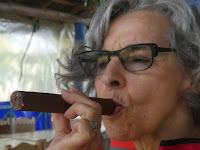 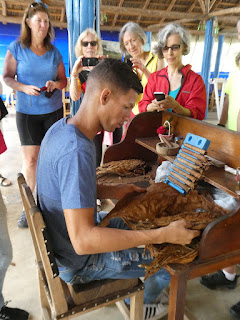 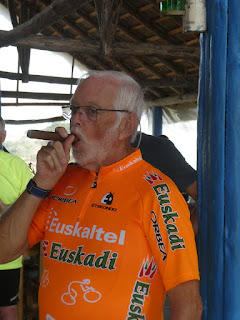 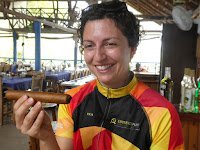 We had to shuttle a little further before we started cycling, so it was very hot when we started. The road had several bridges in such bad condition that we had to walk our bikes across them. The bus had to take a different route to meet up with us later in the day. So, we had a different support vehicle – another of the vintage cars, this one pulling a small trailer for those who might want to get off the bike and hitch a ride. We each had sandwiches to eat along the way, and were supposed to be able to get more water from the support vehicle. After the first water refill, I never saw the support vehicle again (I was ahead of him the whole time.) Fortunately, I ran into Aylan who had extra water bottles and was able to give me a needed refill. Today’s road was very rough, and I was very glad to have finished and to find cold cerveza waiting for me. 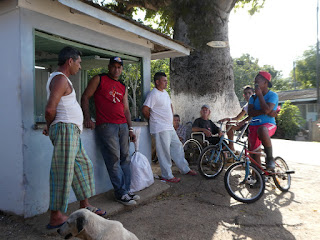 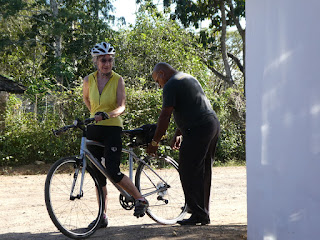 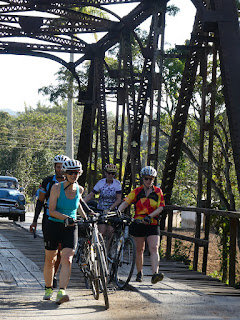 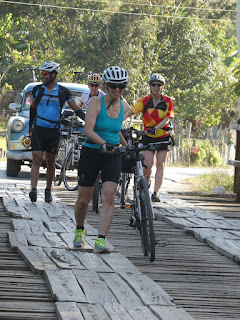 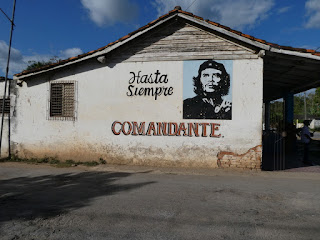 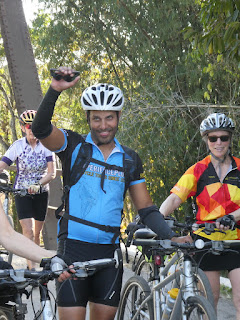 In this region we saw several characteristic magotes, or large limestone bluffs abruptly arising from the plains.

Tonight’s hotel is really first rate. I even have a nice porch swing outside my room facing the pool. WiFi here is excellent. We will be in this hotel for two nights.